The 7 Most Expensive Drones you Can Buy 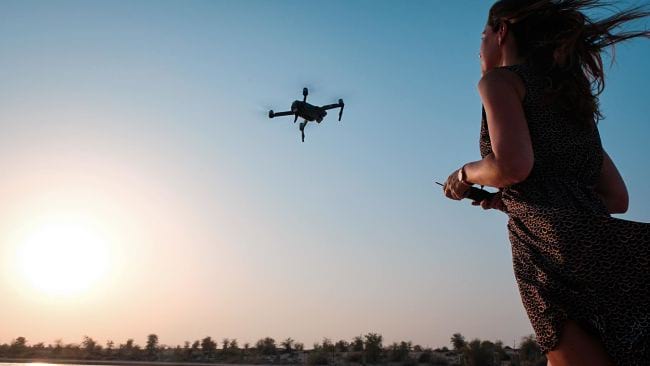 Drones are one of the hottest things in tech right now, with uses that range from filmmaking and surveillance, to racing and tracking. The tech is advancing with each passing year and the prices are coming down as well, but if you want the very best you still need to pay for it, as this list of the most expensive drones proves.

This drone was designed with filmmakers and photographers in mind and is one of the best drones built for this purpose. It’s already proving popular in Tinseltown thanks to its stable imaging capabilities and its versatility.

Lockheed Martin is one of the biggest defense and security firms in the world and is responsible for many advanced weapons. They have invested quite heavily in drone technology over the last few years and the highlight of that research is the Indago, which can either be seen as an affordable military drone or an expensive commercial one.

It spans both interests, and comes with an easy-to-use Windows interface and GPS capability. It’s also one of the quietest drones on the market.

Most of the drones on this list are built with law enforcement, military or aid relief in mind. The Vanguard, however, is geared more toward the commercial market. It has surveillance and tracking software that is proving popular with hunters as well as park rangers, and it also has a built-in 4k camera that streams a live 1080p feed.

Designed to be used by the military and law enforcement, the F100 is equipped with cameras, tracking systems and a powerful light. It can assume a role currently occupied by helicopter crews and could help to locate and track criminals and insurgents. Its advanced tracking system allows it to detect people and cars and it can easily discern who is a viable target and who is not.

It’s an expensive machine, but it could prove invaluable, and with annual military budgets in the hundreds of billions, we’re sure that the governments of the world can afford one or two.

This drone was designed to help during natural disasters. It can carry up to 50 pounds, has a range of 10 miles, and runs for 30 minutes at a time. Its purpose is to take food and water to people in hard-to-reach places, so while expensive, this drone could save someone’s life one day.

This exquisite specimen was created by Brian Farm, who wanted to create something big and sturdy enough to hold a Phantom Flex4k camera. It gives drone enthusiasts the chance to shot amazing 4K footage from the skies, but it comes at a cost. Combined, the drone and the camera will set you back a quarter of a million dollars.

The Ehang 184 was produced by a Chinese startup and took some time to get off the ground, quite literally. But following a successful manned test, it is now on the market and costs around $300,000.

The Ehang 184 is a behemoth and is big enough for a person, which is just as well, as it was designed as a mid-air taxi service. It comes with super-comfortable chairs, state-of-the-art controls, and air conditioning.

The bad news is that it can only run for 23 minutes at a time and takes two hours to complete a full charge.

£1.000.000 Euromillions Winner Keeps Her Victory a Secret for Weeks

US Powerball Is One Of The UK’s Most Popular Lotteries

Jumanji: Get Sucked into a Game Full of Mystery
More articles
Biggest jackpots