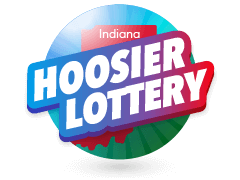 The Indiana Hoosier Lotto was launched in 1982, after nearly two thirds of the state voted in support of the lottery referendum. The state of Indiana governs the Hoosier Lotto including a bunch of other lottery games and scratch cards. All proceeds from the Hoosier lotto are distributed in the state in a bid to make safer and stronger Indiana. The teachers’ retirement fund and the police and firefighters pensions are examples of beneficiaries of this lotto. The Hoosier lottery has grown from strength to strength with almost 9 million bet slips being sold once sales reopen. If you want a platform with regular updates of Indiana lottery results, then you’re at the right place.

Bet On The Indiana Hoosier Lottery

The Indiana Hoosier Lotto follows a standard 6/46 format which means players choose 6 numbers from a possible 46. Alternatively, you can opt for the quick pick feature where your numbers are randomly selected for you by a machine. If you match all the six numbers in the Indiana Hoosier lottery results, you’ll win a minimum jackpot of US $1 million. If after every two draws no winner is found, the jackpot increases by $500,000 until it’s eventually won. Players who match 2, 3, 4 or 5 numbers still have a chance of pocketing a prize which is quite impressive. Hoosier Lotto draws are held every Wednesday and Saturday meaning players have two opportunities of winning. The biggest jackpot to ever be won reached an incredible $54.4 million in 2007 and was claimed by Peter Gilbert, a former steelworker. The prize money jackpot is paid out in a lump sum or as a yearly allowance for 35 years.

Multiotto’s customer support is available between 7 AM to 10 PM, seven days a week. Any queries you may have with regard to the lotto can be addressed through email and they’ll promptly be answered. Hoosier Lotto bets go for as little as 2 dollars online and there are a lot of reputable and trustworthy vendors selling them. Over the years, there haven’t been any complaints raised against this lotto which explains why it has become so popular.

In case you miss the Indiana Hoosier Lotto main draws, checking the winning numbers is possible online. As such, aside from the Hoosier Lotto website, you can check results at Multilotto via your PC or Smartphone. What’s more, the website allows access to multiple lotteries played across Europe, South America and the USA among other continents which you can bet from the comfort of your couch. The site is user-friendly and provides information about the latest and biggest jackpots, you can also get your Hoosier Lotto bet slipsand place wagers of multiple lotteries. To top it off, you’ll find a Casino segment which allows you to enjoy your favourite casino games including Slots, Video Poker and Table Games. The site is definitely your home of entertainment and stands out from the rest.

Other Lottos At Multilotto

Apart from the Indiana Hoosier Lotto, other popular lotteries in the USA include the Illinois Lottery and SuperEnaLotto. The Illinois Lottery follows a 6/52 format which means players need to pick 6 numbers from a pool of 52 numbers. Players can also opt for the Quick pick feature where their lucky numbers are selected automatically by a machine. Match all the 6 numbers precisely and you’ll pocket a minimum jackpot worth $2 million in draws held on Mondays, Thursdays and Saturdays. When it was founded in 1974, only players residing in the Illinois state were allowed to enjoy the lotto. Nowadays, however, anyone around the world can enjoy this lotto. The highest ever recorded jackpot win was from a single player in 1984 who walked away with $40 million and this feat is yet to be surpassed.

Mega Millions is another lottery game which poses a bigger challenge of matching the winning numbers compared to the Indiana Hoosier Lotto. The lotto recorded its highest ever jackpot win in 2012 where a single lucky player matched all the six numbers and won a mindboggling $656 Million. Since then, more players find this lotto an attractive prospect with thousands of bet slips being sold when betting sales re-open. Playing this lotto requires one to pick 6 digits in a pool of 70 numbers. Draws are held twice a week on Tuesdays and Fridays. Immediately the results are released they’ll be published in real time here hence you don’t have to worry about how you’ll find out whether you’ve won or not

Indiana Hoosier - In A Nutshell

Ever since it was launched, the Indiana Hoosier Lotto has churned out lots of winners every week. Players have won huge amounts of cash that have changed their lives for good and there is no reason why you shouldn’t be next. Even if you don’t end up winning, you can take comfort in knowing that the revenue raised from this lotto goes to good causes such the teachers’ retirement fund and police and firefighters pensions. Bets for the Indiana Hoosier Lotto are easy and quick to purchase from reputable and authorized online dealers. Why not get your bet slip today, pick your numbers and wait for Multilotto to bring you Indiana online lotto results as they are revealed.